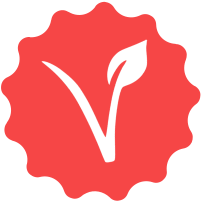 Activist Burnout And Emotional Fatigue: Identify It, Understand It, Mitigate It 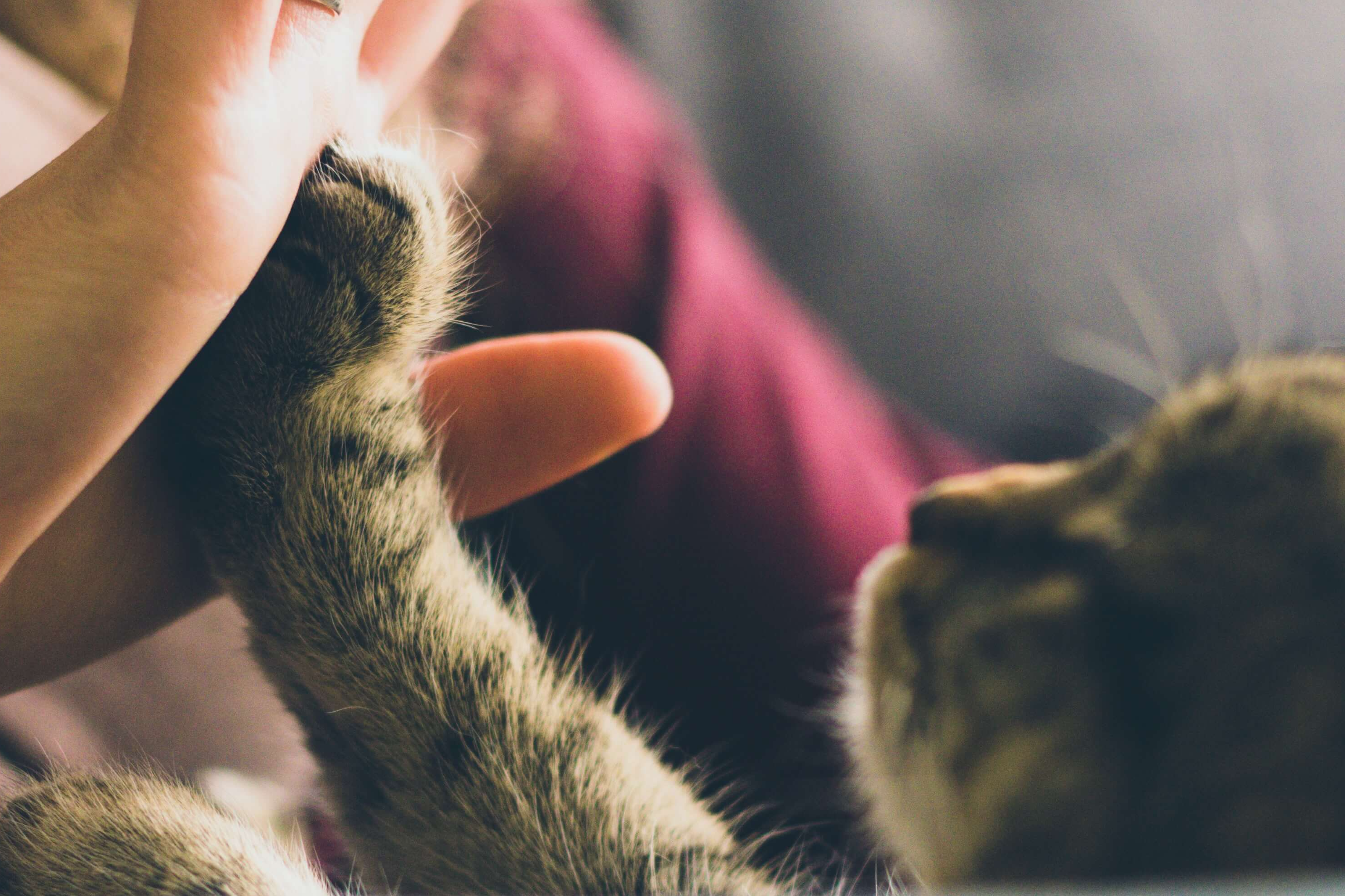 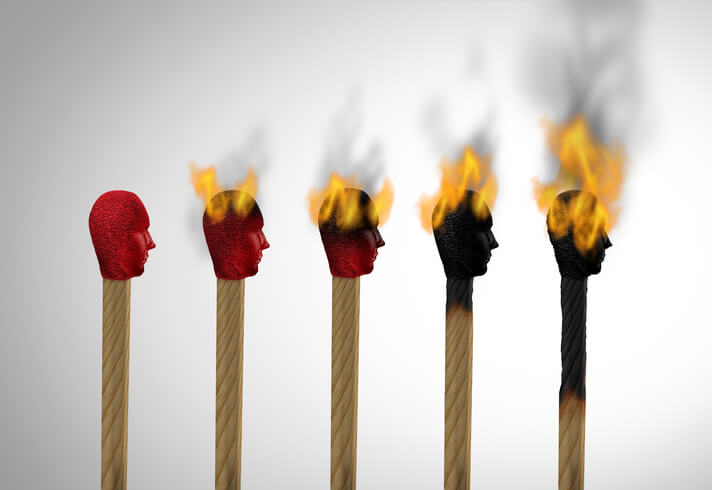 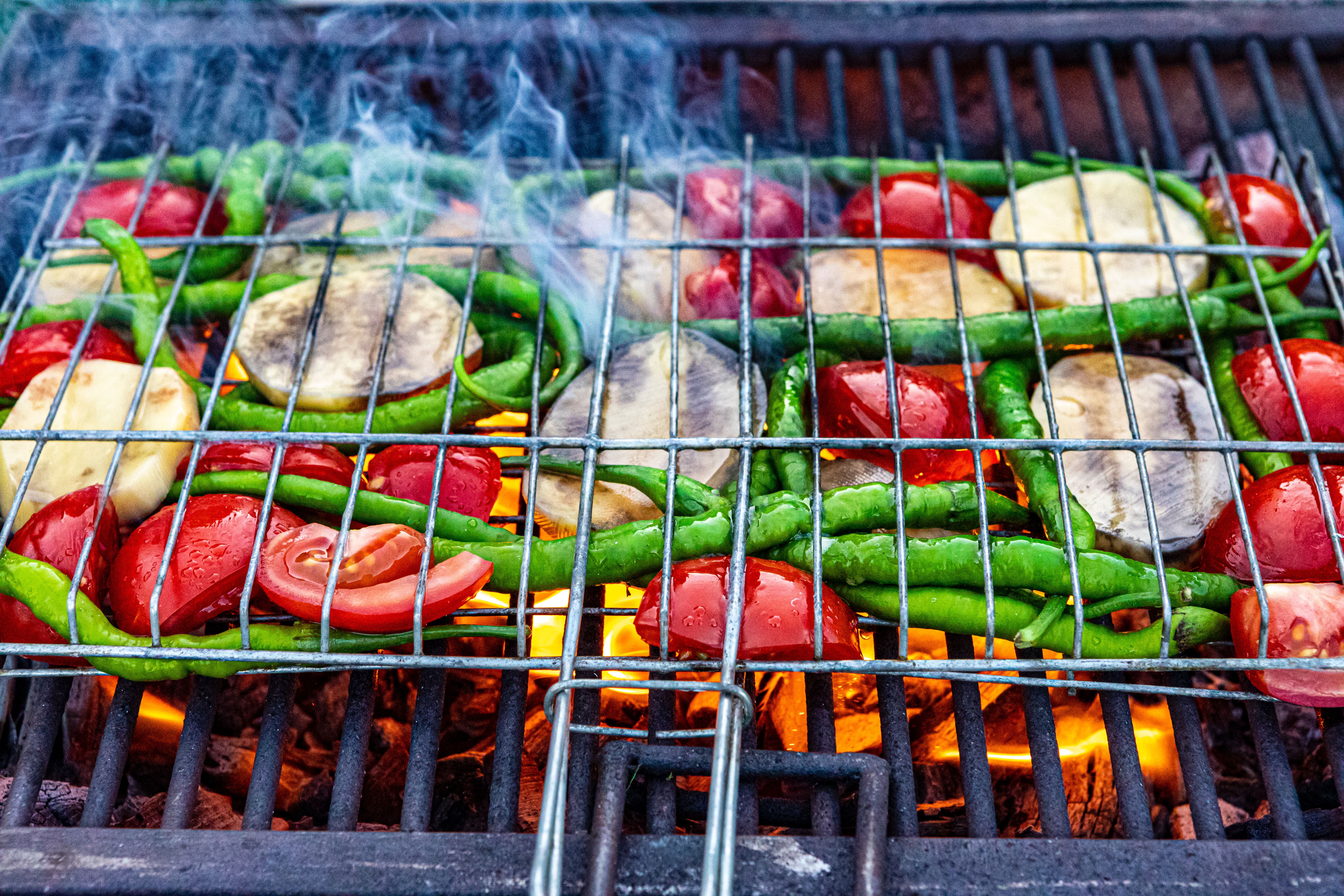 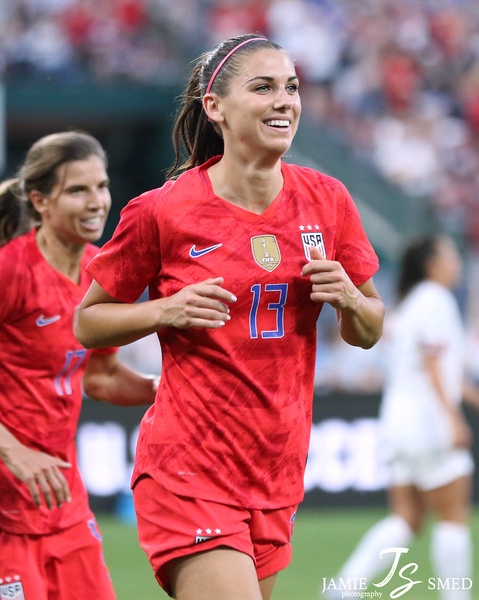 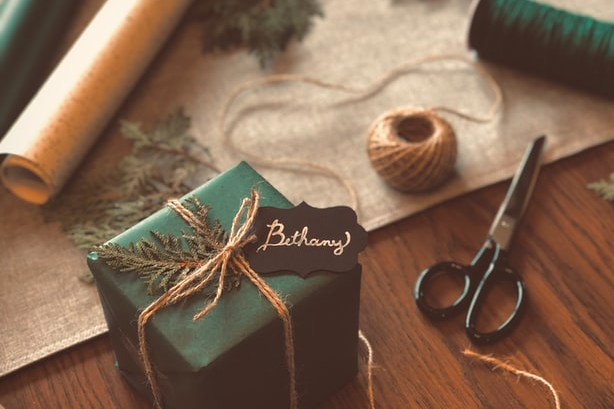 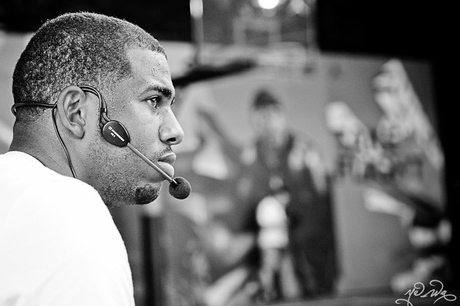 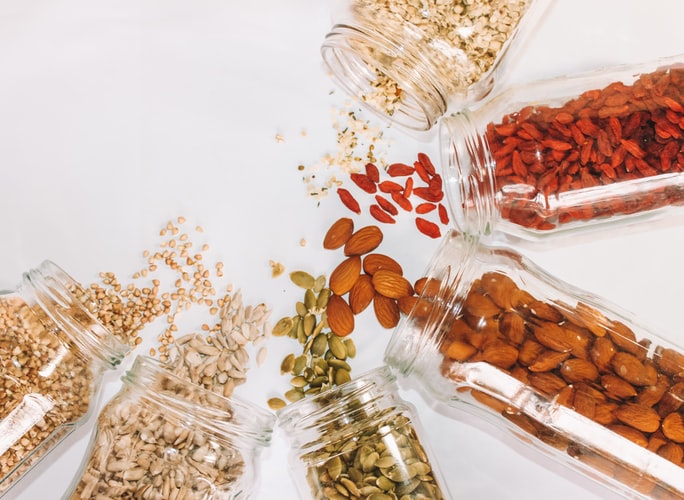 Activist Burnout And Emotional Fatigue: Identify It, Understand It, Mitigate It

There was nothing particularly special about this day. It was a rare dry moment between showers, and the busy shopping lane was crowded with hurried blurs, occasionally coming into focus as people when they stopped to look at the graveyard of billboards and informational materials on the connection between animal exploitation and our diets, the remains of the protest.

Many people actually reacted in the exact way any person in my situation would want them to. Disgust, shock, the initial signs of possible change. And yet, I didn’t feel any joy. I felt annoyed. The passersby annoyed me. My fellow activists annoyed me. Sitting there annoyed me.

This had been escalating for some time. I was slowly but surely burning out. Many do, and iconic activists and YouTubers such as Bite-Sized Vegan and the ever-controversial Gary Yourofsky, had already said their (temporary?) goodbyes. But I didn’t want a goodbye. Even temporary. I needed to fix this.

My experience was not a unique one. According to recent pioneering research papers such as Gorski’s Fighting racism, battling burnout, a large number of activists pick up battle scars that can, at some point in their activist career. This has regularly led to symptoms consistent with burnout as experienced in any high-stress profession.

Targeted research into animal welfare activist burnout is still relatively scarce and as of now, limited to a handful of research papers, but considering the universal experience of burnout, alternative sources of research can be used as a guideline. According to research published by the World Psychiatry Association (WPA), there are three main responses individuals suffering from activist burnout display, which are exhaustion, cynicism and detachment, and a general sense of ineffectiveness. Thinking back when I was sitting on the street after the protest, it was a feeling of cynicism that had taken hold. I was tired, and my actions felt like they didn’t have the effect I really wished they did. But, before I could even start to think about attempting to alleviate these responses, there were deeper matters that needed to be addressed.

Research published in the Social Movement Studies Journal has shown that common sources of animal activist burnout are related to negative organization cultures and sensitivity to motivational and psychological factors. And I decided I should examine each of these in order to pinpoint actionable steps I could take.

The Inevitable Strain Of The Continuous Inner And Outer Battle

I became a vegetarian when I was 14, which evolved into veganism over time. As the years progressed, the work I was doing and the research I was conducting, was starting to leave their mark. And while, in retrospect, this happened due to a combination of reasons, there was one particular source that set it all into motion at an accelerated rate.

Just like many of my fellow activists, I was slowly accumulating a mass of verbal aggression and criticism from those not open to the message we were trying to share. A 2015 study confirmed what I was experiencing several years prior to its publication, that vegans and vegetarians often face prejudice on par with other minorities, and spur negative emotions in others. I had always thought this would not happen to me in an overt way, since my activism was never about seeking out individuals to target. I’ve always believed people should come to certain facts and truths in their own way, and the best thing for us to do was to put those facts and truths out there in an accessible way.

But however much I tried to combine harsh truths with a gentle approach, it still rubbed certain people the wrong way. And while their actual negativity or verbal abuse didn’t faze me as such, the fact that so many people could be confronted with horrible facts and not even attempt to make even the smallest changes, was beyond me.

In this and many more ways, activism is intensely emotional work. And according to Emotion work in animal rights activism: A moral-sociological perspective, an article outlining the results of a series of interviews with Swedish activists and advocates, I had fallen victim to an intense manifestation of one of their 5 types of “emotion work” – containing.

The other types of emotion works are:

There is no singular cause that leads to burnout. “Containing” was, from my perspective, the tinder that caused factors that are part of the trade, the freedom to fully ignite and start wreaking havoc in my mind. The continuous exposure to cruelty and suffering, the consistent emotional investment that was required, the often-low return on that emotional investment, and the eternal desire to do more than we actually physically, mentally, and even financially can, all played a part.

Yes, I had turned cynical. But not for long. I had come to realize that occasional cynicism, burnout, and emotional fatigue, were inherent to the activist’s life. And while none of these were enough of a reason for me to step away, I couldn’t deny its power. So, in order to mitigate the perhaps inevitable future crumble of my mental resilience, I had started to set some standards for myself and the communities I engaged with. 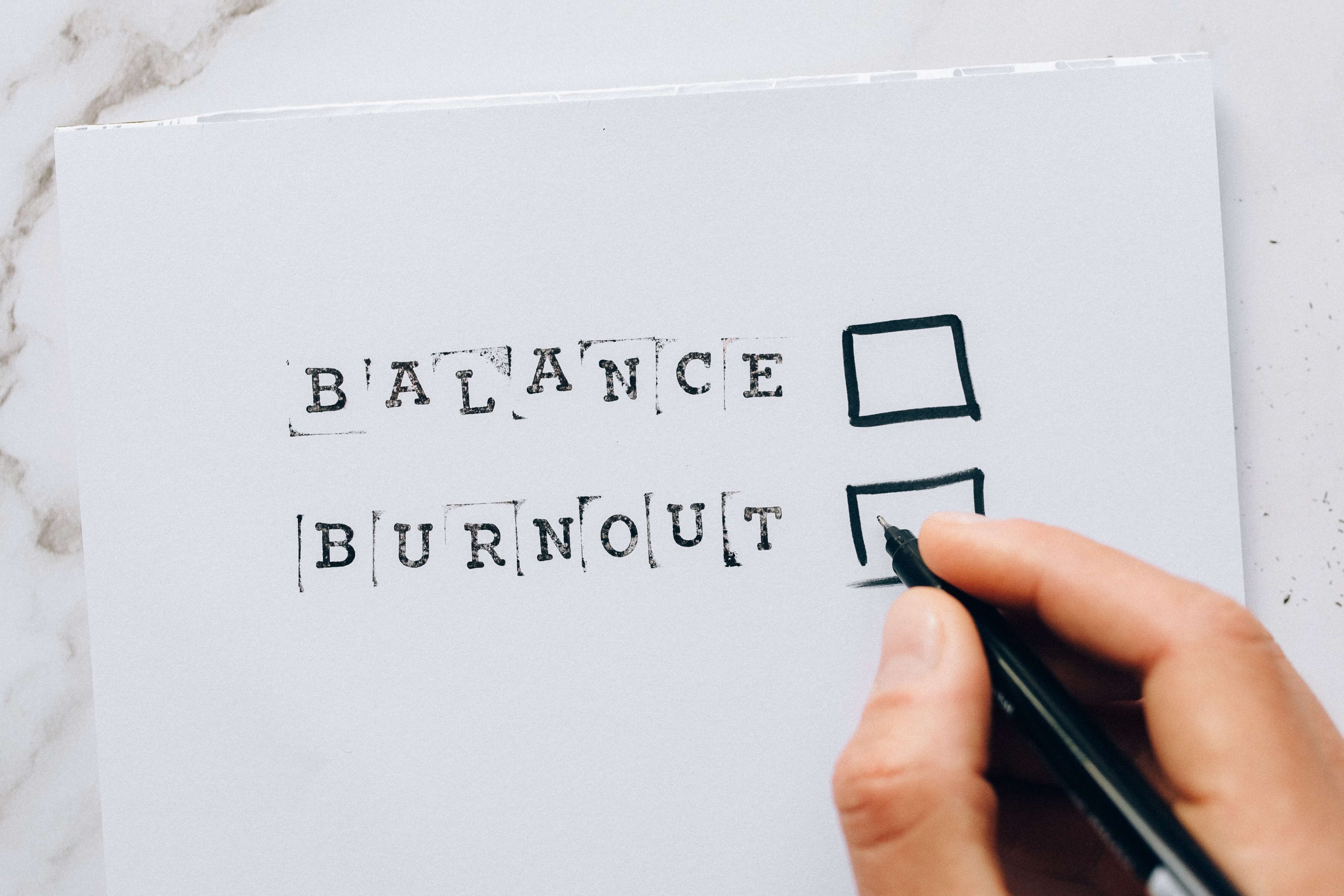 As much as burnout is inherent to activism and advocacy, a sustainable support network should be as well.

I am glad I experienced emotional fatigue since it gave me the tools and insight to handle any future challenges more effectively. It is possible to break under consistent stresses and pressure. But it is just as possible to bounce back and gain wisdom from it. And while some actions will need to be taken by you personally, your community should also be equipped to intervene when needed. In order to successfully mitigate activist burnout and emotional fatigue, keep the following points in mind.

Burnout and emotional fatigue are part of the territory for any passionate activist. But that is all the more reason to incorporate it into the inner workings of each organization and also into our personal lives. If consistently handled with care, activist burnout may be mitigated to the degree that activists and advocates will no longer step away from the cause permanently. And if a network of support and self-care is set in place from the start, stepping away even temporarily may lessen significantly. I won’t lie. It can and will get hard. But we are resilient. And we can do this.

My name is Mieke, a Belgian content creator and editor currently residing in Costa Rica. My love for animals and our environment had led me to become a vegetarian in 2002, which evolved into veganism several years ago. Next to animal welfare and environmentalism, I am passionate about travel, art, philosophy, writing short fiction, reading and hiking. I hold a master's degree in art history and certificates in teaching, content marketing and editing.